Texas Center for the Missing > Blog > News > Celebrating 10 Years in the Marathon!

Texas Center for the Missing is proud to announce that we were selected as an official charity for the 2016-2017 Chevron Houston Marathon Run for a Reason charity program – making this our tenth running season!

Linking 33,000 runners with various charities, the Run for a Reason charity program provides an avenue for race participants, individuals, and organizations to collect donations on behalf of an official charity of their choice.  It also provides a platform for charities to raise awareness and educate others about their cause.  The 2015-2016 season marked the sixth year in a row that fundraising surpassed the $2 million mark.  Since the program’s inception in 1995, more than $24 million has been raised to benefit various charities.  Last year, TCM runners raised over $28,300 for our programs, with our team’s most successful fundraiser being Kelli Miller!

The Run for a Reason program offers guaranteed ways to enter the Chevron Houston Marathon and Aramco Houston Half Marathon even after the two races are sold out.  Starting June 1st, a limited number of guaranteed charity entries will be available on a first-come, first-served basis. 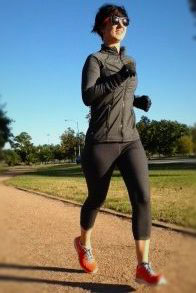 If you are interested in participating in the 2016-2017 Chevron Houston Marathon Run for a Reason charity program in honor of Texas Center for the Missing, email mturnquist@tcftm.org for more information.  And don’t forget to use our marathon hashtags, #TCMRun and #RunHOU, to share your running stories!

Super Spy Showdown: Mission Accomplished It Was A Hole-In-One!